Veterans of Selby music scene, Phluid, back for reunion gig 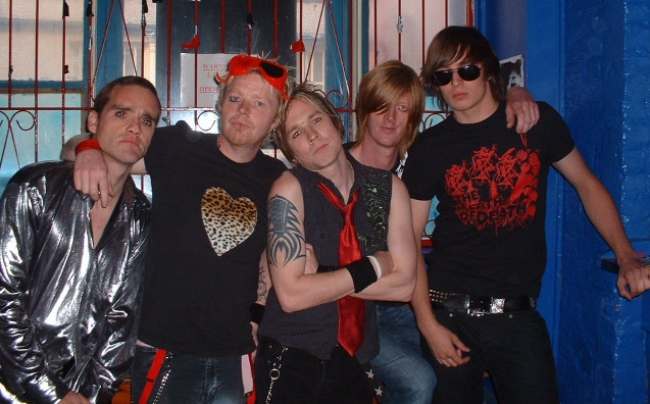 Old and shambling (their words not ours!) Selby rockers, Phluid, will be perfornming a one-off re-union show later this month.

The gig will take place at The Riverside, Ousegate on Saturday November 23rd.

The whole thing is in aid of Sands – The Still Born and Neo Natal Death Charity.

The boys did a similar thing 2 and a half years ago and managed to raise a massive £1,000, thanks to generosity of the punters, the staff at The Riverside and the support bands.

Once again Phluid will be joined by the bands they all joined after Phluid split – Roberts and Romaine (an acoustic duo featuring Oliver Roberts, ex-Phluid guitarist), The Idol Dead (Featuring Polly Phluid, ex-Phluid lead singer) and Phychobabylon (featuring Ginna Rhodes and Robbie G who are Phluid’s Ex drummer and guitarist respectively).

More in this category: Canadian acoustic roots stars heading for Town Hall gig »
Login to post comments
back to top