Edinburgh Festival hit 'The Rain That Washes' comes to Selby 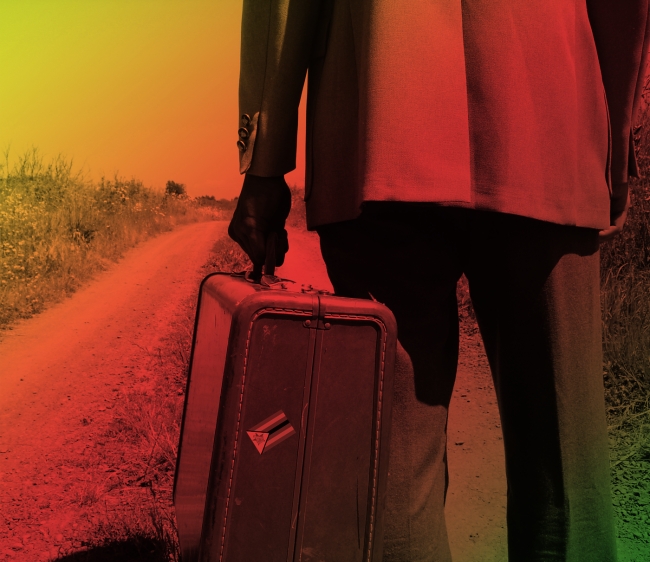 One of the biggest word of mouth successes from last summer’s Edinburgh Festival comes to Selby for a rare northern performance on Saturday 5th April.

The Rain That Washes gained four and five star review across the board for its true life portrayal of co-writer Christopher Maphosa’s upbringing in turbulent 1970s Zimbabwe as the country moved from Ian Smith’s Rhodesia to majority rule under the brutal regime of Robert Mugabe.

Poignant, political and personal, The Rain That Washes is a beautifully realised one-man play bringing to life the human drama behind the history and the headlines, transcending the historical facts in a tale that lays bare the truth of the suffering, the individual conflicts and the betrayals that underscored events on the world stage. We live and breathe Christopher’s extraordinary and dramatic journey from innocence to escape, from refugee camps in Botswana to air strikes in Zambia via Marxism in Bulgaria, as he finally returns to his homeland to witness Mugabe’s greatest betrayal of all. Enthralling actor Ashley Maynard powerfully and effortlessly shifts between different times, places and characters, building the story to an unforgettable climax.

The play was written by Chickenshed Theatre director Dave Carey following interviews and conversations with fellow Chickenshed employee Christopher Maphosa. It’s title is taken from the Shona phase Gukurahundi, which translates to mean "the early rain which washes away the chaff before the spring rains." Gukurahundi was the name given to the suppression by Robert Mugabe’s brutal and terrifying personal militia in the predominantly Ndebele regions of Zimbabwe.

“I was lucky enough to see the final, sold out performance of The Rain That Washes’ triumphant Edinburgh Festival run, and I knew straight away that we needed to bring this extraordinary play to Selby” said Town Council Arts Officer Chris Jones. “It’s an urgent, gripping, and at times deeply unsettling coming of age story charting an incredibly turbulent period in southern Africa’s history and told quite brilliantly by actor Ashley Maynard. The most striking, and indeed shocking thing about the tale however, is that it’s entirely true. This really is a must see show for theatre fans.

THE RAIN THAT WASHES

More in this category: « Concert pianist brings Fascinating Rhythm to Selby Album release for former Selby Battle of the Bands star »
Login to post comments
back to top