Two off-road motorbikes have been stolen in a late night raid on a farm in Fairburn. 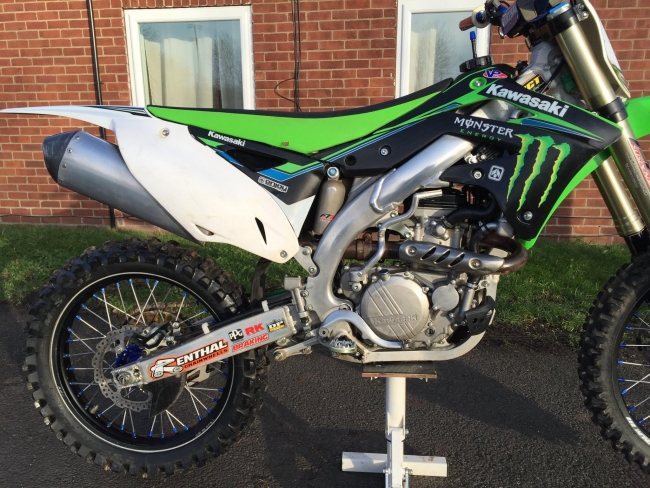 The thefts occurred at around 03:00 am, in the early hours of Sunday, when thieves broke into a secure outbuilding at a farm in the Selby area village.

Both bikes were chained up and had to be pushed into a nearby field to be removed.  An alarm installed in the building had been pulled from the wall during the break-in.

Earlier in the evening three males were disturbed whilst trying to break in to a nearby grain store.

One of the stolen bikes was described by police as a green 2014 Kawasaki KXF450 with Blue fat bars and orange handle bar grips, a blue SMPRO wheels with black rims, FTR suspension decals in gold, green chain slider and green PROBIKE footpegs, large scratch on exhaust and with a 4 stroke engine.

Also taken was a Yellow RM Suzuki 2004 model with "395" printed on the bike and on the plate, by handle bars. It also has Black XL rims, gold tallon hubs, RENTHAL fat bars in black, FMF Powercore full system exhaust, gold hubs and a 2 stroke engine.

Anyone who may be able to pass information regarding this crime is asked to contact Selby police on 101 using reference number 12150017564.