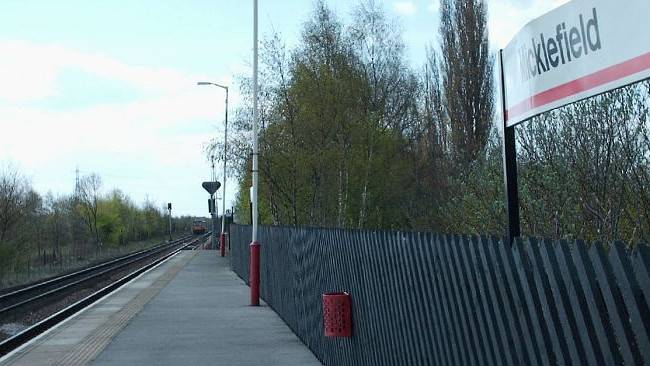 Commuters taking the train home to Selby on Monday evening were forced to make an unscheduled stop when a passenger realised he had boarded the wrong train... and wanted to get off.

The incident unfolded aboard the busy 15:48 Selby-bound service from Manchester Victoria, shortly after it passed through the Leeds suburb of Micklefield.

The service in question does not stop in Micklefield, a fact that had apparently escaped the attention of one of the train's passengers.

One eyewitness described to The Selebian how the man became irate when the train failed to stop and began shouting that he wanted to get off.

When told that the train did not stop in Micklefield, the enraged traveller allegedly exclaimed, 'it does now!' – and promptly pulled the emergency cord, bringing the train to an unexpected halt.

Witnesses then describe how the man proceeded to force his way out of the carriage and onto the busy and dangerous tracks of the surrounding rail network. He was seen crossing several live tracks before scrambling up a nearby embankment, running off in the direction of the A1.

The train was held at the location for around 20-30 minutes whilst train staff waited for signallers gave the all-clear for the service to conclude its journey onwards to Selby.

A British Transport Police (BTP) spokesman said, “We received a report that a man pulled the emergency cord and caused a train to stop on board a service near Micklefield station.

“When the train was stationary he forced the doors open and left the train and the railway area.

“The incident took place on a Northern Rail service on Monday, 7 September shortly before 6pm. The man is described as young, with dark hair, and was wearing grey tracksuit bottoms.