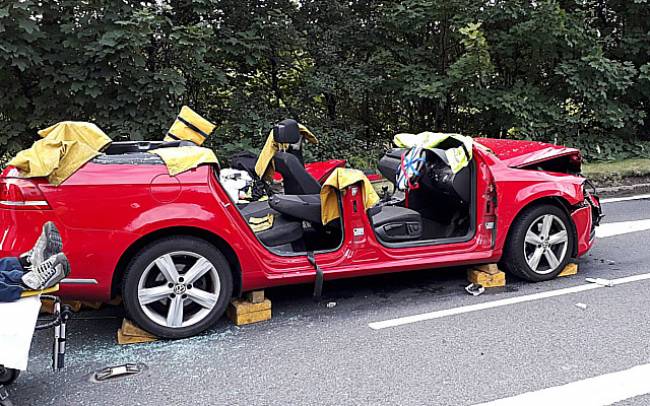 A man has been cut from a car following a serious crash near Selby this morning.

The collision occurred at around 6:20 this morning on the A19 at Eggborough Power Station. It involved a red VW Passat and a silver Honda.

Emergency crews arrived on-scene quickly where they found a man trapped inside the Passat.

He was cut from the vehicle (pictured) and later taken hospital. He is understood to be suffering from neck and back injuries.

Two women, travelling in the other vehicle, were unhurt.

Travel in the area this morning is difficult with closures in place between Roall Lane and Wand Lane. Diversions are in place.