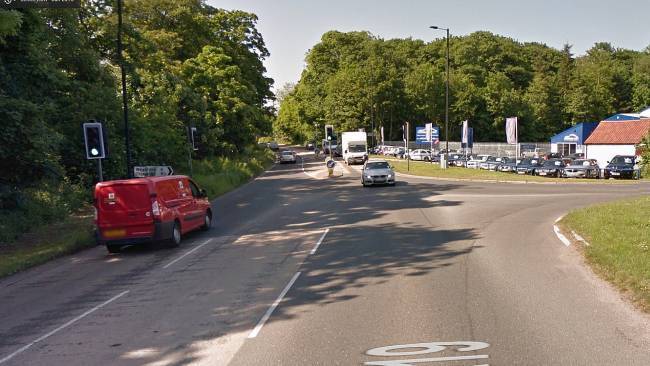 Selby-area commuters who travel to York have faced nightmare journeys this morning as a major junction upgrade scheme got underway.

Work began yesterday on the A19/Wheldrake Lane junction at Crockey Hill where the City of York Council is making changes to the road layout that will add an extra southbound lane.

The lane is being added on the approach to, and through the junction in a bid to ease rush-hour congestion heading south out of York, particularly at the A64 Fulford Interchange. The traffic lights in the area will also be replanned.

But as drivers experience their first morning commute since work began significant delays have been reported, with surrounding roads in chaos.

Tailbacks during this morning's peak stretched back around five miles, as far as Riccall, in the direction of York and to Fulford's Cemetry Road for those heading out of the city.

Those travelling by bus also faced long delays with Arriva's Selby to York Picadilly service, departing at 07:15 reportedly not reaching its destination until 09:55.

James Gilchrist, York's assistant director for transport, said, "We’re sorry for the lengthy delays which people experienced this morning. There is no way to avoid disruption when we have to carry out road improvements on busy routes, and we have taken steps to limit it.

"We’ve warned residents and commuters well in advance through the media and on-street signage, scheduled the most disruptive roadworks at one of the quietest times of the year, are working extended hours to get it done as quickly as possible, and designed the scheme to limit these delays.

"While the delays would have reduced as we make progress, we’ve applied for the emergency closure of Wheldrake Lane after seeing how the traffic flows have built up today.

"This large volume of traffic – over 20,000 vehicles pass through every day - reinforces the need for these improvements. They will have a real and positive impact on the long-term problem of southbound congestion – especially where the A64 meets Fulford Road."