A lorry driver who caused the death of a 19-year-old man in a road traffic collision near Fairburn has been jailed. 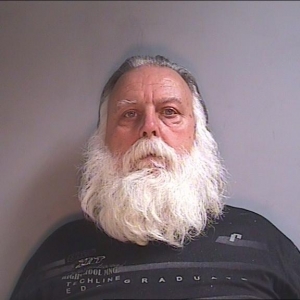 Appearing today at York Crown Court, 56-year-old Stoyan Andonov Stoyanov, a Bulgarian national, will serve a sentence of seven years and eight months after he pleaded guilty to causing death by dangerous driving.

Callum Wark, 19, of Swillington in Leeds died from injuries he sustained during the crash when his black Renault Clio was struck by a lorry on Saturday, March 1st. The collision took place on the A1246 between Fairburn and its junction with the A63 near the Selby Fork Hotel.

Stoyanov was also given a four month jail term after he was found to have been under the influence of alcohol whilst driving. The sentences will run concurrently.

In addition to his time in jail, he will not be permitted to drive in the United Kingdom 10 years, after which time he must sit an extended driving test. The judge is also to apply for a deportation order to ensure Stoyanov leaves the country after his sentence has been served.

But whilst Callum's family accept that the judge had no choice but to 'discount' Stoyanov's sentence because of his guilty plea, they have spoken of being upset over the inadequacy of the punishment.

Robert Wark said, “Even though the judge gave the maximum sentence he could in relation to a guilty plea. All the family feel very let down by the justice system knowing he will only serve half the sentence. This has made them feel Callum has had no justice.”

Sergeant Andy Fraser of North Yorkshire Police’s Major Collision Investigation Team, said, “My thoughts and those of my investigation team remain with Callum’s family at this very distressing time.

“Callum’s tragic and untimely death was only three week’s ago and his family are still in shock from the events of that devastating day.

“No sentence can ever compensate for the loss of Callum, but we hope the outcome brings some small measure of comfort to Callum’s family knowing that Stoyanov has been held responsible for his death. By pleading guilty, he has spared Callum’s family the trauma of sitting through a court hearing.

“This investigation was very fast moving and the speed with which a conclusion was reached is unusual. My thanks go to everyone involved in bringing the case to court.”