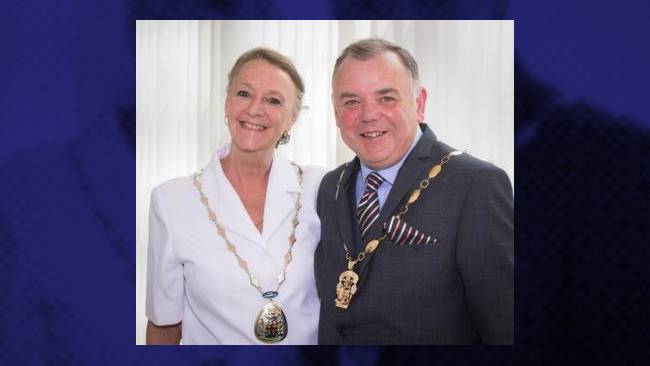 Selby District Council has a new Chairman with the appointment of Cllr David Buckle into the role at the Annual Council meeting held last night.

Each year the Council chairman supports a number of local charities. Over the past twelve months, Cllr Chilvers has been able to raise over £6,800 through her work raising funds for Selby Young Carers and Yorkshire Cancer Research.

Cllr Buckle will raise funds for Save the Children and Peter Pan Nursery in Sherburn during his year in office.

Cllr Buckle commented, “To wear the chains of office is a real privilege and one that I’m looking forward to immensely.  I hope to be able to use my time as Chairman to offer support to my chosen charities, as well as helping to raise the profile of the Selby district.”

Cllr Buckle is the first chairman to be elected from Sherburn in 28 years. He worked in Selby town centre for over 40 years.

The role of Council chairman is largely ceremonial, with the post-holder stepping back from day-to-day political work. Cllr Buckle will represent the Council at a range of events and activities, as well as presiding over Full Council meetings. His consort for the year will be his wife, Susan Buckle.

Meanwhile, in a similar meeting of Councillors in Northallerton, members have elected Cllr Robert Windass to serve as chairman of North Yorkshire County Council for the coming year.