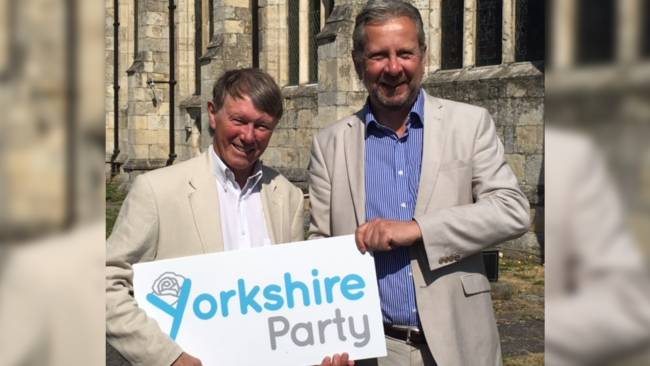 A prominent Conservative councillor has quit the party over what he calls a 'betrayal' of Yorkshire's bid for local control.

Councillor Mike Jordan, who has served on Selby District Council since 2007 and the county council since 2009, has defected to the Yorkshire Party following moves from within Westminster to scupper the touted 'One Yorkshire' deal.

Following his decision to quit the Conservative party, Cllr Mike Jordan said: "I am a Yorkshireman through and through and I feel the Government is not doing Yorkshire the justice it deserves. In fact, I think we are moving even further away from the promise of meaningful powers being devolved to the whole of Yorkshire. This is nothing short of the betrayal of the Yorkshire people.

"Whilst I have respect for many in the Conservative Party, I think more and more people will come to recognise the fact (as they have in Scotland) that you need to have a strong clear brand representing your area that knows what you are instantly about. The Yorkshire Party is a young party but it is obvious what it is about. I want to be part of that helping shape our area of Great Britain in a manner which we all want. I believe others will follow.”

James Brokenshire, the Government's minister for local government wrote to each of the region's council areas earlier this month. In his letter, the minister effectively vetoed the One Yorkshire bid – despite 18 out of 20 local authorities being in favour.

He said the government was "not prepared" to discuss the proposals while they include Sheffield and Rotherham - the two areas which have not signed up to One Yorkshire.