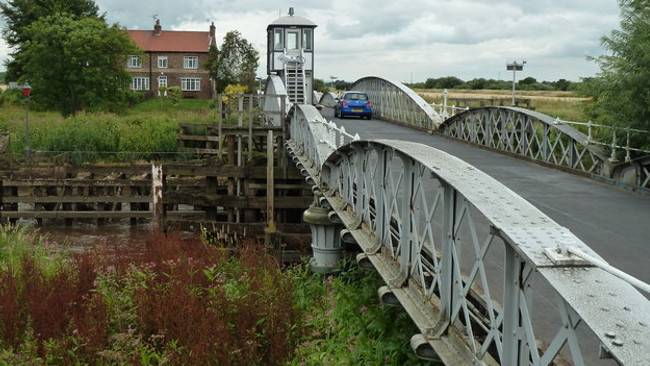 There is good news for bus passengers in rural parts of Selby as a local bus company announces its intention to run services over a bridge hit by the introduction of weight limits.

This means that the current half hourly service between Wistow and York will be able to continue throughout the day, despite fears that some villages could be cut off when other services are re-routed away from the troubled bridge.

News of the new commercial services has been welcomed by North Yorkshire County Council as they prepare to introduce the 7.5-tonne weak bridge weight limit on October 5th.

Until recently the 7.5-tonne limit was enforced for environmental reasons with public service buses granted an exception to cross.

However, recent assessments of the bridge's deck led NYCC to conclude that a the limit needed to be upgraded to 'weak bridge' status and urgently enforced with no exemptions. This, they say, is the only way to maintain the structural integrity of the bridge.

Many of the services operating over the bridge are part of Arriva's No 42 service, travelling between Selby, Cawood and York. Arriva do not operate vehicles that are able to comply with the weight limit and so, as a direct consequence of the bridge's deteriorating state, are forced to take an alternative route via Riccall.

Links between Selby and the villages of Kelfield, Naburn and Stillingfleet would have effectively been severed, resulting from the change.

Now, a new timetable being prepared by Utopia includes services between York and Selby over Cawood Bridge using smaller, compliant buses. This addresses concerns that Kelfield would have been left without its service, and restores a valued link with Selby to Naburn and Stillingfleet.

The Selebian understands NYCC officers are currently exploring the possibility and affordability of potential design changes that could enable a strengthened bridge deck to take vehicles upto 10 tonnes.

If an affordable solution can be found, they say works are unlikely to be deliverable until September next year.

Revised timetables for services operated by both Arriva and Utopia will be published here when they are finalised.