18 year-old believes she was hit by a bottle during an altercation at the popular nightspot. 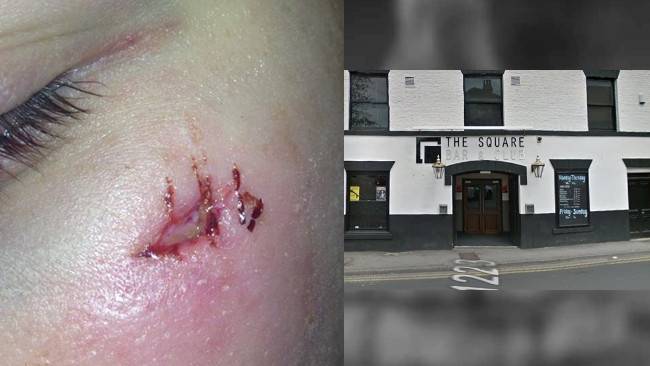 A young mother has described how she was assaulted whilst out with friends at a bar in Selby town centre.

The alleged assault took place at around 2am on Sunday morning when the 18-year-old victim was inside the Square Bar on Micklegate.

She received facial cuts and bruising and was taken to York District Hospital where she was kept in overnight for observations.

Believing she may have been struck by a bottle during the incident, the woman has described to TheSelebian how she is keen for the alleged attacker to be identified and brought to justice.

She said, "I daren't leave my house due to not knowing where this man or his associates live.

"My confidence had been completed knocked because I've now got a gash under my eye which I've been told will scar.

"I'm in pain because of a fractured cheek bone and tooth."

A spokesperson for the police confirmed they were investigating incident, adding, "Selby police received reports that the woman was involved in an altercation and was punched in the face sustaining bruising and a cut to her face. She was taken to hospital and kept in overnight for observations."

Anyone who was in the bar at the time and witnessed the incident is asked to call police on 101 and pass information relating to incident number 12150202691.

If you wish to remain anonymous, you can pass information to Crimestoppers on 0800 555 111.