'High-status pottery' and other artifacts prove importance of Barlby site. 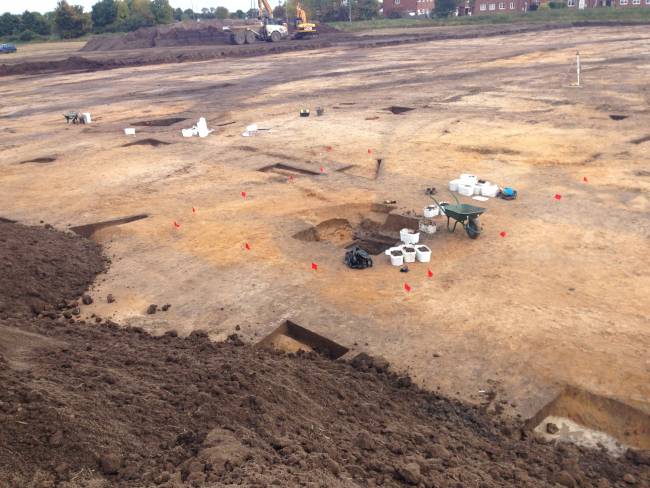 Archaeologists exploring a site in Barlby have discovered a Roman settlement of regional importance.

The discovery was made at Turnhead Farm where developers are currently preparing the ground ahead of a major housing expansion.

Archaeological records for the area showed a strong likelihood of Iron Age and Romano British features beneath the surface, leading North Yorkshire County Council's heritage team to make a request to explore the site.

On site a trial trench identified the site as Roman and that the finds may be of at least regional significance.

Evidence shows the site was important, with a strong military or official presence and high-status structures. The location is strategically important, on a bluff overlooking the River Ouse and alongside the route that followed the river’s east bank. Occupation of the area stretched from the late 1st century to the late 4th century AD.

Archaeologists from MAP Archaeological Practice are now excavating the site. Finds include a wealth of high-status pottery, a timber-lined well and a Roman wooden tent peg. The site was destroyed in the late Roman period, but the large amount of material left on the site will enable the site’s function and history to be reconstructed. When this work is complete, the finds will be deposited in a museum.

The Heritage Services team has an advisory role throughout the project to ensure that everything is done in accordance with the planning application and with best archaeological practice. All work has been funded by the developer, Barratt/David Wilson Homes.

County Councillor Don Mackenzie, Executive Member for Access to the Countryside, said: “A find such as this adds to the already rich cultural history of the area as well as to a wider knowledge of our county and country’s heritage. The County Council’s Heritage Services has an intrinsic role to play in ensuring that procedures are followed to protect and preserve such treasures.”

More information about the archaeological services offered by the County Council can be found at www.northyorks.gov.uk/archaeology.