Police looking for vandals behind offensive and anti-Islamic graffiti 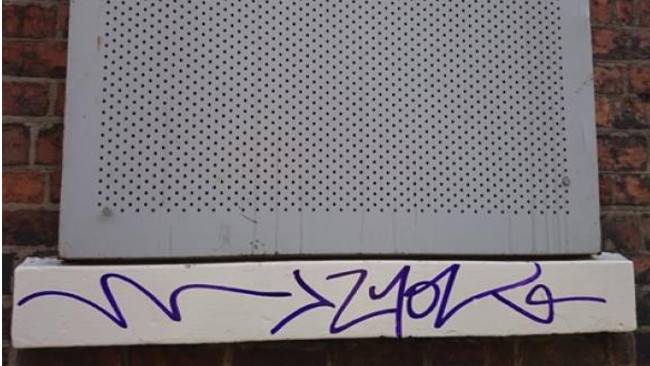 Share this on Twitter
Published 6 years ago | Updated 5 years ago
Selebian News reports
This atricle contains strong language, and descriptions of racism that some readers may wish to avoid. Personal discretion is advised.

Police in Selby are appealing for information after vandals daubed offensive and intolerant graffiti at locations around Selby town centre.

Around 20 individual tags and slogans have been seen on various buildings across the town including Finkle Street, Micklegate, Millgate and Ousegate. They are believed to have all appeared sometime in the early hours of Sunday morning.

Most of the acts recorded are of artless 'tag'-style graffiti. Some however feature offensive slogans and anti-Islamic sentiment.

These include slogans scrawled across walls close in Ousegate which read 'Fuck Islam'.

Police are conducting enquiries to establish who is responsible for the recent vandalism. In particular, they would like to speak to two men seen in the area around the time the incidents occurred.

Inspector Michelle Falkingham, of Selby Police, said: “The offensive nature of this graffiti is wholly unacceptable, and has caused concern in the local community. An investigation is underway to identify those responsible, and I would urge anyone who has any information to contact the police.”