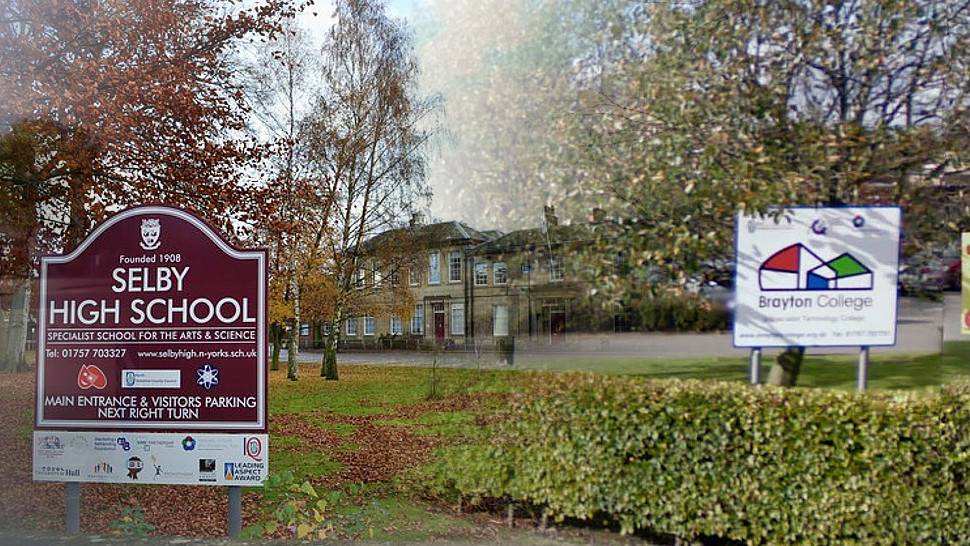 Controversial plans to force the merger of two Selby schools are set to take a stride forward next week despite mounting local opposition.

Members of North Yorkshire County Council's ruling executive committee will meet next Tuesday when they are expected to throw their weight behind proposals that would see Selby High School devour its struggling Brayton neighbour.

This would enable county education chiefs to press ahead with the formalities of the merger including the publishing of legal notices that pave the way for Brayton High School to cease to exist as a standalone institution.

The proposals are set out in a report by Pete Dwyer, NYCC's director of children's services. He argues the amalgamation of the two schools would be the authority's best shot to address problems with the 'quality of educational provision' in Brayton and its 'unacceptably low' GCSE results.

The report also highlights the apparent 'unsustainable' financial position of the school, for which it blames dwindling pupil numbers.

News of the council's decision to press ahead with its plans come just days after a public consultation over the matter drew to a close.

Individual responses were submitted by 221 parents, pupils and staff members of both affected schools. Of those who responded, just 33 were deemed by the council to be 'clearly in favour' of the takeover with 41 'clearly against'. A further 147 persons had reservations, suggestions or questions.

The council held two public meetings during the consultation but has been heavily criticised over the 'shambolic' way in which they were organised. Parents and students were turned away from venues on two consecutive nights as organisers failed to provide enough spaces for those who wanted to have their say on the future of secondary education in the town. No further meetings were scheduled to reach those who were turned away.

Chairing the meeting, NYCC's executive member for education, Cllr Arthur Barker was also singled out for special criticism via social media over his allegedly 'dismissive and combative attitude' towards parents and children who spoke out at the meeting.

"There is a pressing need to address the educational and financial challenges for secondary education in Selby and we believe this proposal represents the most effective and deliverable local solution which can create a sustainable future of high quality educational provision in the area."

The councillor faces opposition from Selby's MP and former Selby High student, Nigel Adams. He has already met with Education Secretary Nicki Morgan over the issue where she was presented with a petition against the planned merger.

He said, "In my view, Selby High School management should be concentrating all their efforts on trying to become the first ‘outstanding’ secondary school in the district and not attempting to solve the woes of a neighbouring school with a similar rating. There is plenty of data to suggest Selby High should be concentrating on improving in certain areas particularly with regard to disadvantaged pupils.

"This decision also deprives parents and guardians of any real choice in secondary school provision. I am unaware of any similar school amalgamation which has taken place in the North Yorkshire area which has delivered positive outcomes.

"I do not believe that there has been sufficient exploration of the sponsored academy route for Brayton High. To my knowledge, the school governing body has only spoken to two possible sponsors, only one of which, has any experience of actually sponsoring an academy."

Several parents we have contacted over the merger have voiced concerns over whether the enlarged school would be able to cope with the difficulties experienced by Brayton High, while maintaining educational standards currently achieved by the current Selby High. Other concerns highlighted to us include worries over the cost of new uniforms and travel as well as the effect on pupils of moving between campuses.

One parent of a Year 9 pupil at Selby High told us, "They're taking a huge gamble with my kids education purely because they have no idea how to fix a mess they've made at Brayton. The consultation was all about lip-service, it's a done deal and kids will suffer."

The Selebian have reached out to North Yorkshire County Council for answers to parents concerns on three separate occasions since the plans were announced. We are yet to receive a reply.

Following next week's meeting, a final decision on the will be taken by the council in May. The change would then be fast-tracked to take effect from the start of the new school year in September.

♦  WHAT DO YOU THINK TO THE PLANNED MERGER? Add your comments below (Android app users visit selebian.com)