Dransfield expands across the street and promises to bring new retailer into town. 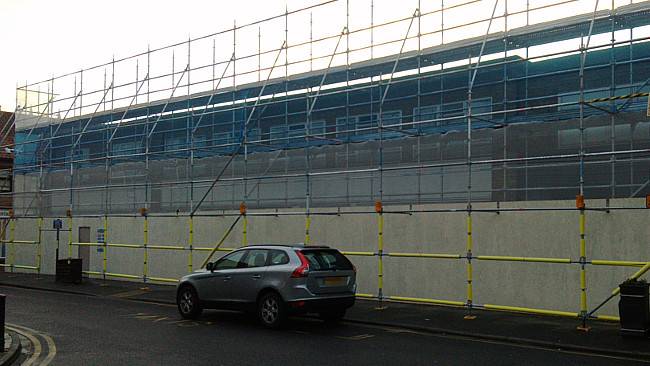 Old Poundstretcher being redeveloped to make way for new retailer.

Owners of a major town centre shopping park are increasing their presence in Selby after acquiring new retail premesis.

Should council planners be minded to grant the firm permission the vacant unit would become a modern 420m² retail outlet at ground level. Two apartments would also be created on the floor above.

Dransfield says its latest scheme in the town will enhance the building and bring a new retail operator into town.

A spokesperson told TheSelebian, "Should planning be approved we will announce an operator at that stage and once the works to the unit have been completed the new store would be ready to be occupied later in the year."

The unit, at 4-6 New Lane, has had a frequent turnover of occupants over the years. These include retailers such as Grandways Supermarkets, Mad Harry's, Poundstretcher and, most recently, the YMCA.

♦ Who do you think might fill the new unit? What is missing from Selby's retail offer? Comment below...