Toll bridge shut off as woman pulled from Ouse

Police, fire and members of the public rushed to woman's aid. 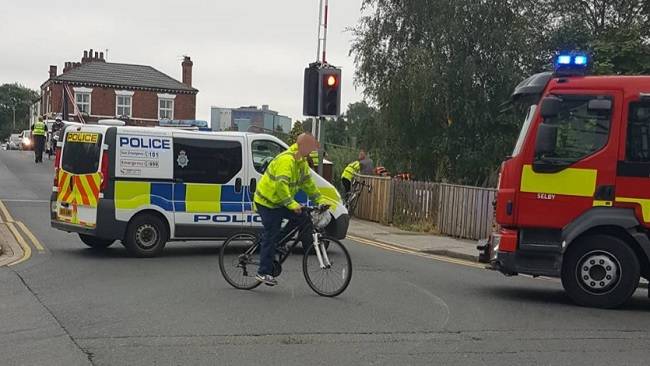 Woman rescued from the water after toll bridge incident.
Thanks to Beverley Boocock

Selby's old toll bridge had to be closed for a time this afternoon after a woman entered the river.

Police and rescuers were called at around 1:45 following reports that the woman had entered the water and was in distress.

Members of the public also rushed to the aid of the woman and she was pulled from the cold waters of the River Ouse a short time later.

A spokesperson for North Yorkshire Police confirmed the incident. She said, "The woman was pulled out of the river and is receiving medical care."