Another day, another set of roadworks in Selby. 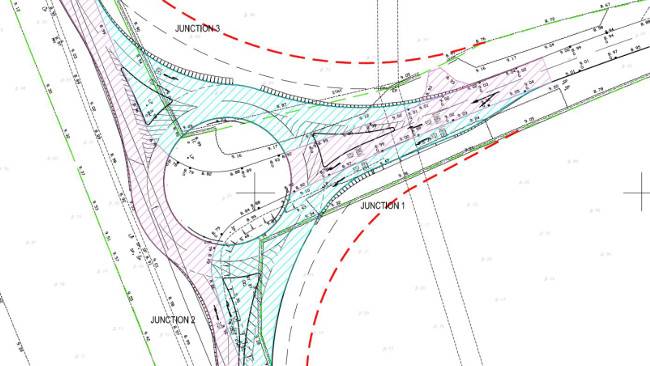 Another set of major works to Selby area roads is about to begin as a new roundabout is installed on the A19.

The new roundabout, which Highways officials say will improve road safety, is to be built at the northern end of Barlby, where the A19 meets the A163. It is being built to satisfy planning conditions that were put in place to allow Barratt Homes to begin a major new residential development in the village.

Works are being carried out by Howard Civil Engineering on behalf of Barratt, who are funding the improvement. Construction is set to begin on September 19 and last for upto 24 weeks.

During the work, the use of temporary traffic lights will be restricted to outside peak hours. To complete the final roundabout surfacing and road marking work, the A19/A163 junction will be closed for a few nights in February. A clearly signposted diversion will be put in place.

North Yorkshire County Council says no work will be allowed begin at Barlby until reconstruction on Selby Bypass has been completed.

North Yorkshire County Council’s Executive Member for Highways, Cllr Don Mackenzie, said: “The construction of the roundabout is part of the planning conditions for the development. It is an opportunity for much-needed improvements to make the A19/A163 junction safer, funded by the developer.

“The work will not start until the bypass is reopened. There are restrictions in place which limit the use of temporary traffic lights to outside peak hours and junction closures at the end of the work next February will be made at night to limit inconvenience to residents and road users.

“We work with developers to improve road safety and if it has a positive impact on the road network then we welcome it. We have co-ordinated the start of this work so that it comes after the bypass has reopened to minimise disruption to road users.’’

Residents and local businesses are being urged by Howard Civil Engineering to sign up to a Barlby Roundabout newsletter which will be published every two weeks and contain information on the progress of the work.