Minority of users pulling wheelies on the road or venturing onto land without permission. 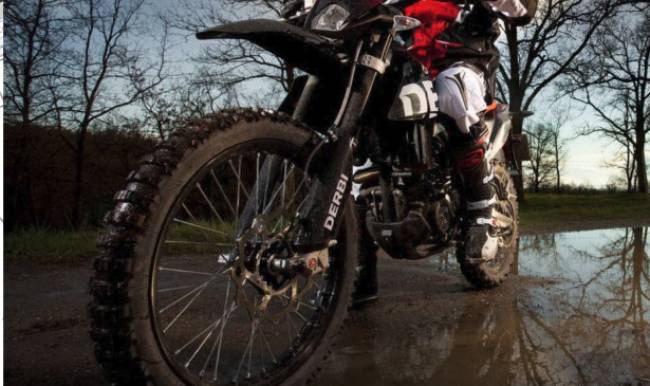 Police in Selby are working with residents, local landowners and trail bike enthusiasts to target the minority of off-road bikers who ride illegally.

Officers have been called to numerous reports of bikers riding irresponsibly in and around the villages of Fairburn and Brotherton – for example, doing wheelies on the A1246 or riding off-road in areas where they do not have permission.

PC Kylie Boyle, of Selby Rural Neighbourhood Policing Team, said: “Many trail bike enthusiasts ride legally and responsibly. However, some may not realise that they do not have permission to use certain areas – including Brotherton Marsh and Dales Wood. And unfortunately, a minority put themselves and others at risk by riding anti-socially or even dangerously.

“Local residents have reported being sprayed with mud or nearly run down by off-road bikes, and have been put off walking on public footpaths. One landowner has even had to spend £2,500 digging trenches to deter bikers from entering his land.

“It is these irresponsible riders that we are seeking to target. Over the coming weeks, we will be working on an operation with our colleagues in the Roads Policing Group, as well as West Yorkshire Police’s off-road bike team, to send a clear message that their activity will not be tolerated”.

The Selby Rural Neighbourhood Policing Team has been co-ordinating the operation, including engaging with the local community and trail bike enthusiasts.

Off-road motorbikes are regarded as motor vehicles, which must be constructed to a specific standard in order to be ridden on a public highway. They also need DVLA registration (log book), road tax, a valid MOT, lights, registration plates and type approval. The rider must also be aged 17 or over (or 16 if the vehicle meets the definition of a moped), hold a valid driving licence, have valid motor insurance and wear suitable safety equipment.

If these conditions are not met, it is illegal to ride an off-road motorbike on the road, and action will be taken under the Road Traffic Act 1988. In relation to any anti-social use, vehicles will be seized at the owners' expense. Section 59 of the Police Reform Act deals specifically with motor vehicles being ridden or driven in an anti-social manner.

Not everyone using off-road motorbikes does so illegally, and there are a number of specialist sites where they can be ridden legally. If off-road bikes are causing a nuisance in your neighbourhood, contact North Yorkshire Police on 101.