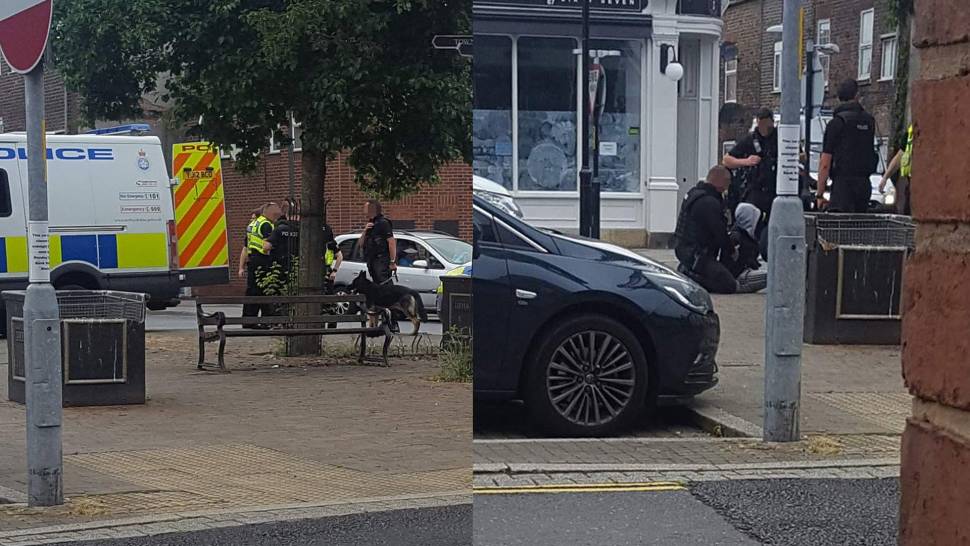 Armed police have been responding to a disturbance in parts of Selby town centre this afternoon.

Large numbers of officers, including dog handlers and armed police, swarmed into the area around Micklegate, Finkle Street and The Quay, just after 3 o'clock this afternoon.

Multiple reports, yet to be confirmed by official sources, suggest they were responding to a threat caused by an individual who apparently had a weapon. Eyewitnesses who have spoken to The Selebian describe this as possibly an axe or similar.

Images taken by taken by one eyewitness, appear to show an individual having been detained by officers. It is understood that the incident is now over.