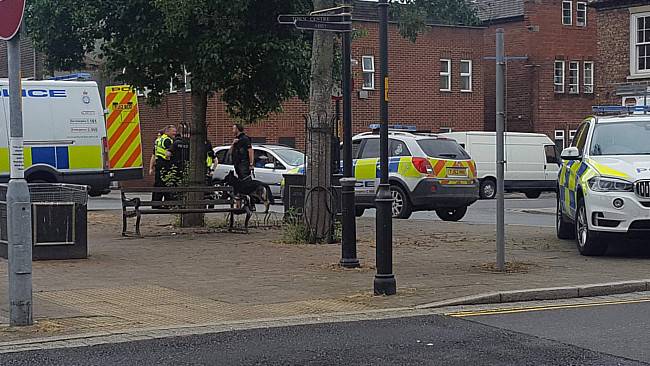 The incident has been confirmed by North Yorkshire Police who say its response units were dispatched to a property on Holmes Avenue, at round 3:15 pm.

Officers arrested a 37-year-old Selby woman on suspicion of intimidating a witness. She remains in police custody at this time.

The second arrest, a 25-year-old man from the York area, concerns allegations of affray, making threats to kill and intimidating a witness. He also remains in police custody.

Large numbers of police, including dog handlers, swarmed into the area around Micklegate, Finkle Street and The Quay, as police brought the incident under control.