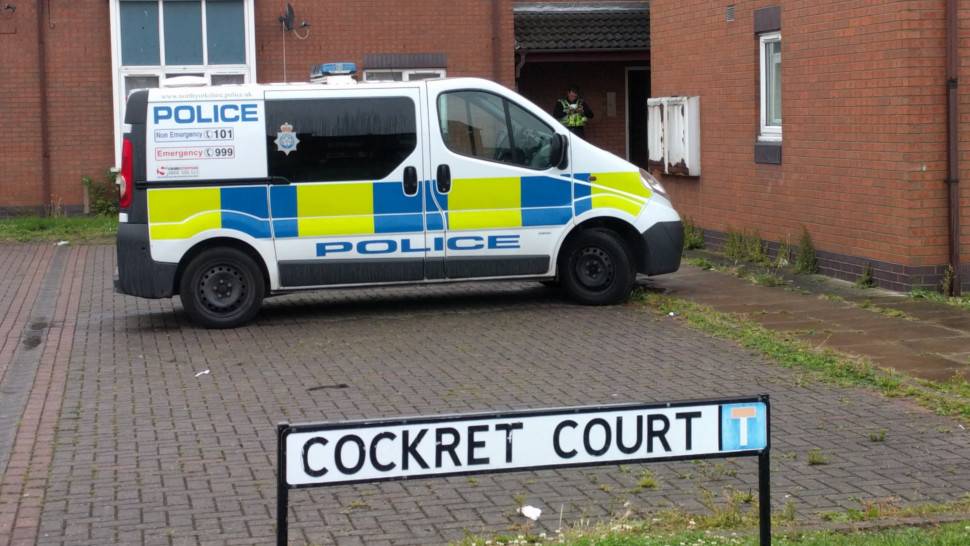 An apartment building on a Selby housing estate was evacuated last night after police officers found what they suspected was 'hazardous material' while conducting a search.

A 60-year-old man was arrested at around 2.55pm on Friday following allegations of racial or religiously aggravated harassment and criminal damage. Officers investigating the individual later carried out a search of a flat at Cockret Court, off Charles Street.

While conducting the search, suspected hazardous material was discovered, leading emergency services to take a 'precautionary decision' to evacuate the neighbouring flats.

Cockret Road and upto 100m of the surrounding area was cordoned off while emergency services assessed the threat. Eyewitnesses describe police, ambulance and bomb disposal teams in the area for much of the night.

Police say evacuated residents are being given temporary shelter and support at a nearby location.

Police lifted the wider cordon at approximately 4:30 am this morning. The building is still out of bounds with police guarding the door.