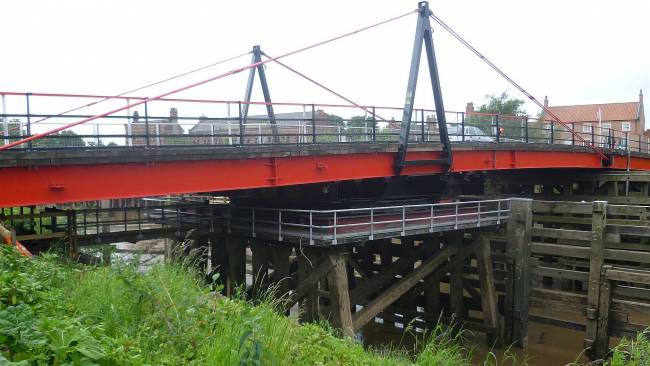 Selby's Old Toll Bridge will be closed to traffic for around three weeks while its crumbling deck is dug up and replaced.

The work is expected to be complete within three weeks, but this is dependent on the weather and whether and defects are found beneath the bridge's decaying timber deck boards.

Pedestrian access over the bridge will be maintained at all times, with diversions signposted for motorists. Buses, including the popular 415 service, will follow a revised route during the works.

County Councillor Don Mackenzie, Executive Member for Access, said: “This is part of our ongoing programme and follows a full survey of the bridge in December. We will replace all the surface timber, waterproof the timber below the deck and carry out other essential maintenance.”

Re-decking had originally been scheduled for March 2018 but plans were 'put on ice' as last winter's 'Beast from the East' rendered conditions unsuitable.