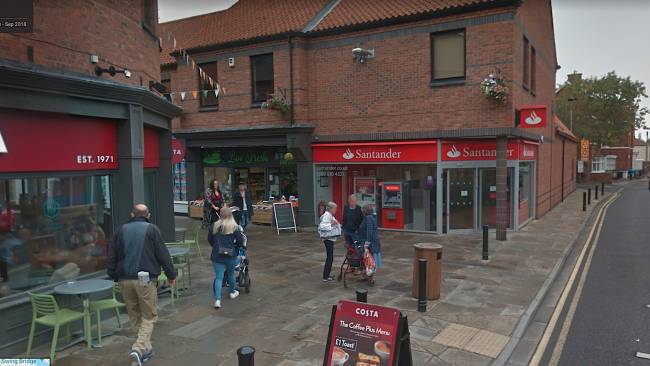 Selby Town Centre is set to lose another bank this Spring as Santander exits the town, leaving customers without a local branch.

The Spanish banking giant's Market Cross branch is slated for closure on May 16th. The next closest branch, in Goole, will close a month later.

Santander is closing 140 of its branches nationwide, amounting to a fifth of its UK branch network, putting around 1,200 jobs at risk across the UK.

The closure marks the latest bank to depart from Selby's high street, following on the heels of NatWest who abandoned their home on The Crescent in 2018. The building has since been acquired by Selby District Council but remains empty at this time.