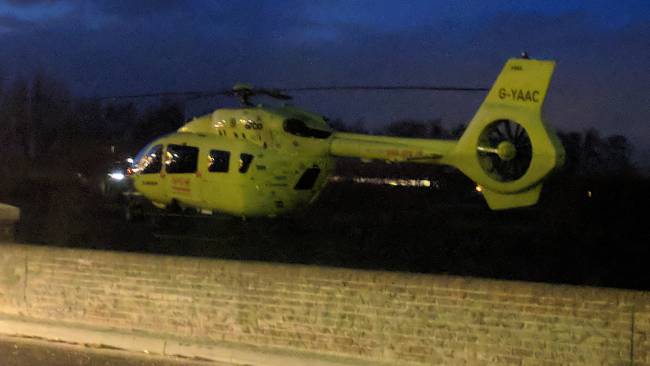 Emergency Services descended on a busy Selby thoroughfare last night after a pensioner became trapped under a flooded bridge.

The 71-year-old woman had attempted to drive beneath the railway swing bridge on Ousegate, but had become stuck where water from a nearby burst water main had collected.

A multiple agency response, including a helicopter from Yorkshire Air Ambulance, was set into action and the woman was freed by firefighters at around 6:30, yesterday evening.

A spokesperson for the service said the woman 'had been in the vehicle for some time' at the time of her rescue.

Services of the air ambulance were not required and the woman was seen entering a road ambulance for first aid.

Utility workers were later seen working to rectify the burst main, one of a number of leaks reported in the area during Monday.