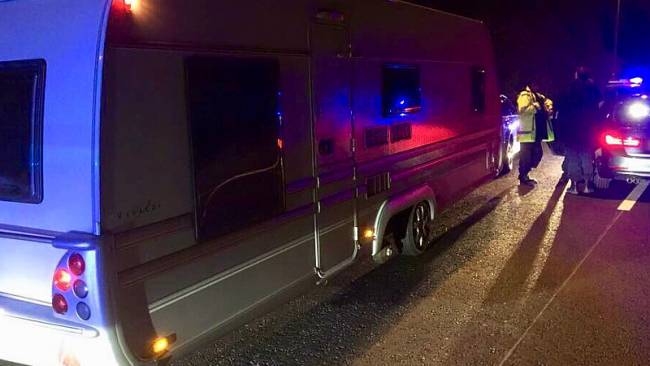 A teenager is in police custody after a stinger was used to end a pursuit involving a car and caravan.

Officers attempted to stop the vehicle on the A63 near Sherburn-in-Elmet at 10.45pm last night.

The driver failed to stop and police, prompting officers to give chase.

A 19-year-old man was arrested on suspicion of the theft of the car and caravan, failing to stop and dangerous driving.

He remains in custody while police enquiries continue.