Get down to the Everything Good Goes cafe this Thursday. 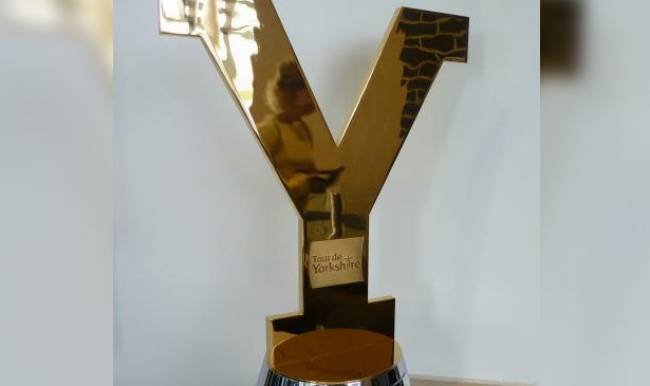 People in Tadcaster will be given another chance to see the Tour de Yorkshire trophy when it goes on display in the town on Thursday.

The official trophy will be on display at Everything Good Goes café from 11.00 am to 2.00 pm.

Angela Crossland, Selby District Council, Head of Community, Partnerships and Customers said, “It’s great to welcome the trophy back to Tadcaster and allow people in the town another opportunity to come along and see it.

“Selby District Council bid to host the Tour de Yorkshire in Tadcaster as part of our long-term efforts to support investment in the town following flooding and the bridge collapse in 2015. It has been a difficult period for Tadcaster and the race will present an excellent opportunity to showcase the town to announce to the world that Tadcaster is open for business.

“Tadcaster has big plans on the day of the race, with a fun-packed programme of events. So please come along and support the town.”

The trophy will be on show in Tadcaster on the day that Sir Gary Verity and Christian Prudhomme will be visiting the town.

Tadcaster will host the start of both the men’s and women’s races offering a unique experience for spectators being only one of two hosts to hold two races. Both races will start on the east side of the town, heading over Tadcaster Bridge to the west, passing through the town and residential areas, heading north out of the town towards Toulston along the A659. The women’s race will start at 9.10am with the men’s race starting later in the day at 2.00pm.

Alongside the race, the town has big plans to celebrate hosting its own cycling festival. Entertainment and activities on the day include Minster FM roadshow and stage, demonstrations from world champion trial biker Jack Carthy, vintage bikes on display at the Riley Smith Hall and much more.

There’s also entertainment along the race route too, including the Yorkshire Regiment Drumming Corps marching through the town, a charity bike ride and the children's best-dressed bike parade.