Traffic slow but moving as Leeds Festival gets going 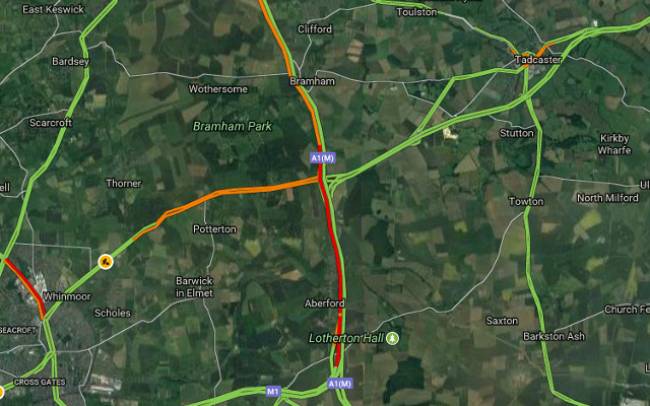 Thousands of festival goers are continuing to make their way to Bramham Park as the annual music spectacular gets going.

Travelling to the Leeds Festival site from the Selby area is simple, if not quick.

The advice of organisers is simple: Get onto the A1(M) at South Milford (from Selby) or Hazlewood (from Tadcaster), throw your sat-nav in the boot and just follow the signs.

Traffic on routes surrounding the A1(M) at Tadcaster, continues to be heavy throughout Friday with significant delays expected when festival traffic meets commuters.

Emergency planning manager for Highways England in Yorkshire, Hayley Robson said, "Highways England will be doing all we can to alleviate congestion on the major routes to the event to keep traffic flowing, even so it will be busier than normal in this area over the festival weekend.

"We have a lot of experience of handling events like this and have tried and tested systems in place. We work with our emergency service colleagues and the event organisers to ensure those heading for the events get there with minimum fuss and delays."

Traffic travelling northbound will access the festival site on the A1 for Leeds at junction 45, southbound traffic will be directed to use junction 44.

Increased levels of traffic are also expected on Monday 28 August as people leave the festival.

The A64 will be closed from 9pm on Sunday 27 August at the Bramham Interchange and the Fox and Grapes pub until mid-afternoon on Monday 28 August.

Access to Thorner is still only available for residents.